Consolidated Diking Improvement District Number 1 (CDID#1) is a special purpose district pursuant to Chapter 85.15 of the Revised Code of Washington. Our mission is to "Protect life, property, and environment by providing comprehensive flood protection for the portions of the City of Longview, City of Kelso, and Cowlitz County that fall within our jurisdictional boundaries (PDF)."

CDID #1 was formed in 1923 when seven independent diking districts merged. The newly formed district initiated a massive construction effort costing over two million dollars to protect the valley from flooding. Construction was made possible with property acquired from Long-Bell Lumber Company and R.A. Long under Superior Court Order 5362 (PDF). The levees were later raised in 1949 in a joint project with the US Army Corps of Engineers.

More information about our system can be found in the National Levee Database. We operate and maintain the levee and drainage ways to manage almost 12,000 acres in Cowlitz County. Facts about our system include: 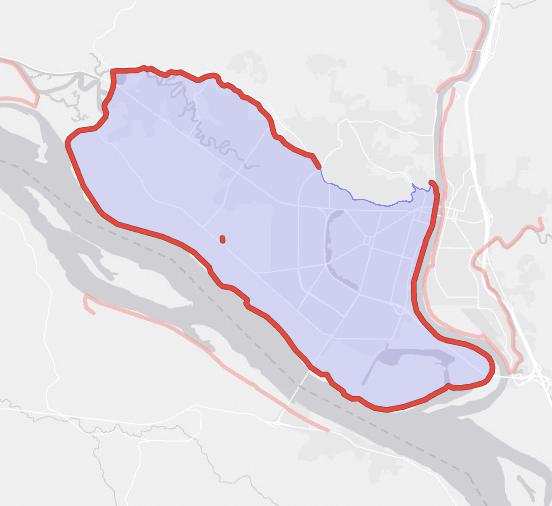 The 1936 Flood Control Act made the United States Army Corps of Engineers (USACE) the primary agency responsible for flood control regulations and levee standards. CDID#1 is the local sponsor who coordinates with the USACE to ensure those regulations are met and standards are enforced. In compliance with Paragraph 208.10(a)(5) of Title 33, Code of Federal Regulations, no alteration, improvement, excavation or construction is permitted within the federally constructed levee right of way without prior approval from the USACE and the local sponsor.

In order to receive funding for emergency assistance and disaster recovery, CDID#1 must be in compliance with Public Law 84-99, be in good standing with the USACE and be able to demonstrate that our levee and drainage system can protect against flooding. That means our levee system must be accredited through the Federal Emergency Management Agency (FEMA). Accreditation also gives property owners within our system boundary access to lower cost flood insurance through the National Flood Insurance Program.